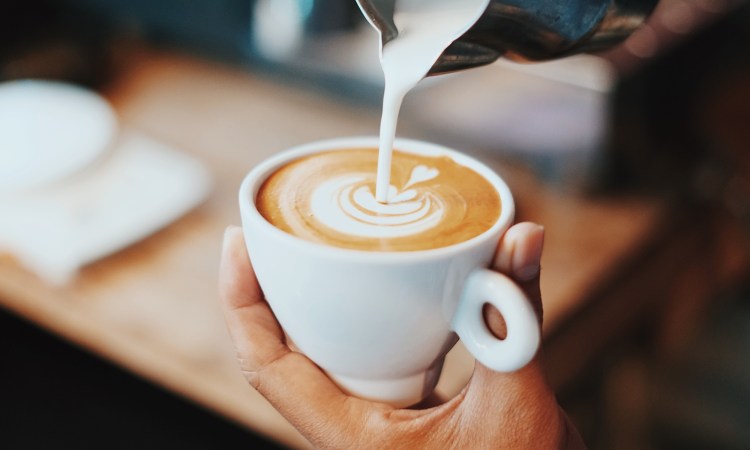 Whatever your preference, if you’re reading this story, drinking coffee will probably be among your daily rituals. Every day, people drink more than two billion cups worldwide, and experts predict the demand for it will triple by mid-century.

Coffee consumption is highest in Europe and North America. In the US, 66 per cent of adults drink coffee daily – more than any other drink, including water – and in the UK, coffee is officially as popular as tea.

While coffee is grown in more than 70 countries, nearly 75 percent of the world’s crop comes from just five coffee-producing countries: Brazil, Vietnam, Colombia, Indonesia and Ethiopia. All of these countries fall into the “bean belt” – a patch of land between the Tropics of Capricorn and Cancer where conditions, at least for now, are ideal for growing coffee. (Fun fact: Cocoa — which is turned into chocolate — grows in this same belt.) The tropical forests of the bean belt are among the most biologically diverse places on the planet.

However, with coffee consumption rising – more than 60 percent since the 1990s – farmers in these regions have found themselves under pressure to increase production at the expense of the environment and workers. From deforestation to the use of pesticides, study after study has shown that our thirst for coffee is harming the planet and exploiting millions of people in some of the world’s poorest regions.

So what can we as individuals do to reduce the environmental and social impact of coffee reform? Read on.

How coffee production harms the environment

There are two main types of coffee grown today: Arabica and Robusta. Arabica, which originated in the highlands of Ethiopia, is known for its smooth, complex appearance (compared to the bitter flavors of Robusta) – and fetches a higher price tag. When you order a latte at your local boutique café, you’re drinking Arabica.

Arabica makes up about 60 percent of the world’s coffee production. In order to grow well, they require shade, so traditional coffee plantations intersect with trees of various types and heights among the coffee plants. Robusta is a stronger crop that has been trained to grow in the sun, allowing farmers to grow it as a high-density monocrop on deforested land. Vietnam, whose share of global coffee production has jumped from 3 to 17 percent over the past three decades, produces Robusta coffee almost exclusively. With the increasing global demand for coffee, farmers everywhere are incentivized to maximize their production by switching to sun-grown production.

But this switch comes with significant environmental costs. Shade-grown coffee plantations are “the second best thing after a natural forest,” according to the Smithsonian Migratory Bird Center. The lush canopy traps carbon from the atmosphere and protects the soil from heavy rains; Tree root systems filter water and keep the soil together; Fallen leaves act as a natural fertilizer as they germinate; The lush mixed foliage provides a pollinating habitat for insects and insectivorous birds.

By contrast, sun-grown crops must be doused in chemical pesticides, which inevitably find their way into local waterways. When the crop is harvested, the depleted bare soil is easily eroded by wind and rain.

At the United Nations Global Climate Summit COP26 last year, more than 100 world leaders pledged to end deforestation by 2030. But unless farmers can significantly increase their yield per hectare, the amount of land planted with coffee will need to at least double by mid- century demand, threatening some of the world’s last remaining intact forests. Today, 60 percent of the land that will be suitable for coffee growing in 2050 is forested – but only 20 percent of that is subject to any kind of formal protection.

Meanwhile, experts predict that climate change in its current course will shorten the rainy season in the bean belt, leading to drought and crop failure. Rising global temperatures could reduce the area of ​​land suitable for coffee cultivation by 50 percent by 2050. In Latin America, this figure could be as high as 88 percent.

Coffee processing also uses large amounts of fresh water to remove the pulp of the beans and wash them before roasting. It takes 140 liters of water (about 37 gallons) to produce 125 ml (or 4.2 ounces) of coffee, according to the Water Footprint Network. That’s more than it takes to produce the same volume of wine, and about ten times the same amount of tea.

And as the taste of coffee in the Global North is more refined than ever, roasters are abandoning cargo ships and importing fresh coffee via cargo flights — which release an estimated 100 times more carbon dioxide for every kilometer traveled.

On top of being resource-intensive, coffee is labor-intensive at almost all stages of production. About 125 million people around the world depend on coffee for their livelihood. With a global market value of $102 billion, coffee is a big business. But many of the estimated 25 million smallholder farmers who produce 80 percent of the world’s crops struggle to make a reliable living. Nearly half of them live below the international poverty line, according to one report, and more than a fifth live in extreme poverty.

Inequality is driven by the complex supply chain of coffee. Beans typically pass through dozens of hands on their journey from farm to cup — from farmers and merchants, all the way to roasters and retailers. More than 90 percent of coffee is green when it’s exported from its home countries, which means that processing and roasting — steps that add a lot of value to the final product — take place elsewhere. In the past 30 years, exports of processed coffee from rich and underdeveloped countries in the North of the world, such as the United States (home of Starbucks) and Switzerland (home of Nestlé), have increased, allowing these countries to capture a large slice of the market value of coffee.

The result: Today, more than a third of all exported roasted coffees are controlled by 10 giant global roasters. Farmers typically get 7-10 percent – and as little as 1 percent – of the retail price per kilogram of coffee sold. Most of them have no idea where their kernels end up or how much they sell for.

Farmers’ struggles are exacerbated by the fact that coffee is a boom and bust commodity, susceptible to bad weather and pests. This creates an unstable market with frequent imbalances between supply and demand that lead to wild fluctuations in prices. This market volatility — exacerbated by economic crises, climate change, political instability, and conflict — can be devastating for farmers, who cannot predict their income and budget for the coming year.

Furthermore, the conditions workers endure can be stressful: long days in sweltering temperatures, and performing manual labor with sharp tools and harmful chemicals. Despite these risks, some collectors find themselves with little choice but to sling their children to help them meet punitive daily rations.

In 2020, one study found that children—some of whom looked as young as eight—worked 40 hours a week picking coffee on the farms that supplied Starbucks and Nespresso. The US Department of Labor lists more than a dozen countries where coffee plantations have been caught using child labor, including four of the five largest producers. Human rights violations including forced labour, debt bondage, violence and degrading and unhealthy working conditions have also been reported in many areas.

4 ways to be more responsible for drinking coffee

If all this leaves a bitter taste in your mouth, you are not alone. Coffee companies have been ranting about their commitment to sustainability goals, but that has yet to translate into meaningful change, according to the 2020 Coffee Barometer, a report published by a coalition of international NGOs.

But there are choices you can make as an individual to reduce the impact of your cup – here are four ways to make a difference:

Coffee certifications can help you find coffee produced using agricultural practices that meet environmental, social or economic sustainability criteria. There is an amazing array to choose from, but some of the most well-known certifications are Fairtrade, Alliance, 4C, and Smithsonian Bird Friendly.

Each scheme prioritizes different aspects of sustainability – and their focus can shift – so be sure to stay current and choose one that aligns with your values.

2: Get to know your coffee

While certifications are a good place to start, they are not a silver bullet. Even certified supply chains can suffer from non-compliance and certifiers can quietly weaken their standards over time. Obtaining certification can also be very costly for farmers, even as they pursue sustainability. In 2018, only 31 percent of all coffees were certified, but another 18 percent were “compliant,” so it’s worth looking a little deeper.

Initiatives like The Pledge aim to improve the bottom line for farmers by encouraging roasters to be transparent about the prices they pay. Many independent coffee shops also have close relationships with their farmers and roasters, so don’t be shy about asking questions directly. Read the labels closely, or connect with your favorite roastery/cafe through social media and find out: Did their coffee grow or did they grow in the sun? Do farms use pesticides and chemical fertilizers? Are there any social or environmental initiatives in place?

Dairy production is second only to meat in terms of climate impacts, so it’s worth considering the entire contents of your cup. Studies show that greenhouse gas emissions associated with a standard latte are two to four times that of a standard espresso.

If you can’t give up milk, you can reduce its impact on the climate by two-thirds by choosing one from a variety of vegetarian options.

4: Sweat on the little things

Up to 70 percent of your cup’s environmental impact is related to the grain and how it’s grown, so it makes sense to focus most of your attention there. But small actions do add up, so avoid non-recyclable coffee pods and bulky pre-made drinks that take a lot of fuel to ship.

Finally, don’t underestimate the power of a simple reusable cup. When they take you to a coffee shop, you’re doing more than just saving a disposable cup from the landfill — you’re also signaling your values ​​to the companies that want your business.

We know that this moves the needle. Case in point: Starbucks—the world’s largest coffee chain, which distributed an estimated 7 billion single-use cups in 2021—recently piloted cup borrowing programs in Seattle, London, Tokyo, Queenstown and Singapore, and in South Korea the company plans to phase out single-use cups. fully by 2025.

Are you thirsting for more coffee related content? Watch this original TED video on how caffeine and alcohol affect your body: