Algorithmic Warfare: The Power of the Lab to Connect Next Generation Supercomputers 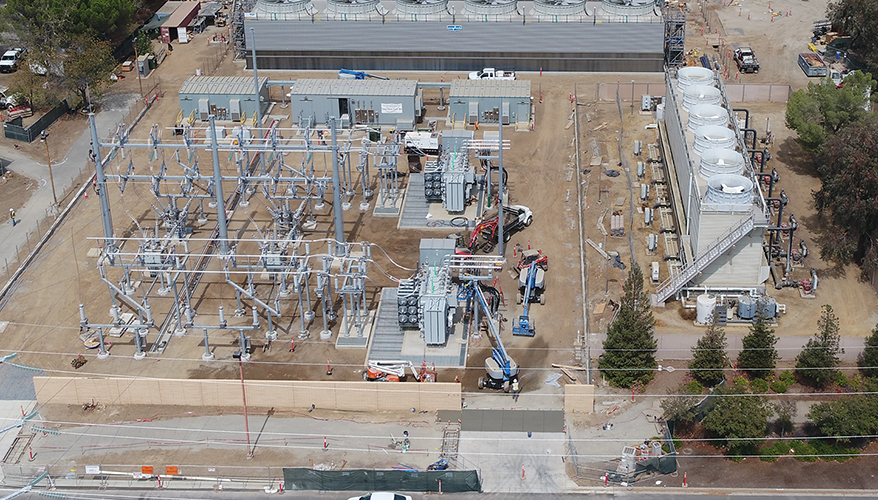 Lawrence Livermore National Laboratory recently completed upgrades to a facility that will provide a home for the next generation of supercomputers that will provide greater processing power to certify and evaluate future weapons.

Since the United States halted underground testing in 1992, scientists have developed advanced code and software — and it continues to be improved — to ensure the weapons’ capabilities.

And that’s the core of the lab’s work, creating application codes that can simulate how the nuclear stockpile works without physical testing. Neely explained that the lab could then certify that the weapons would work as intended.

“Every new computer we get, we advance our codes,” he said. They are becoming more predictable, use high-resolution physics and the lab is learning what it lacks, he said.

Then “we get to the horizon. We learn the limits of what we can know with a given system.” This is driving the need for faster and faster computers, he added.

Anna Maria Bailey, project manager, said the project pushed the laboratory’s capacity to approximately 1,800 watts per square foot, totaling about 85 megawatts. That’s nearly enough power to power every home for the roughly 88,000 residents who live in Livermore, California, where the lab is, she said.

When the facility was first completed in 2004, she said, “I didn’t think we’d have this much power in one place.”

The power will be used for one of the most advanced supercomputers in the world – El Capitan. Exascale systems like El Capitan – created by Hewlett Packard Enterprise and AMD – can compute at least one exaflop, which is the equivalent of a quintillion calculations per second.

This type of processing power generates a lot of heat. However, when the new computer is installed in 2023, the facility upgrades will allow the computer to perform calculations without overheating, she said.

Modernization work has more than doubled the cooling capacity of the facility. Newly installed cooling towers brought the system’s maximum capacity from 10,000 tons to 28,000 tons of water, according to a press release.

“This kind of planning and execution in modernizing our computing facilities allows us to move into the exascale era — and not just El Capitan — but bring the second exascale class system online in this next decade without having to shut down El Capitan first,” said the National Nuclear Security Administration undersecretary for security. Nuclear Gil Harrobi in a press release.

This massive increase in computing power and capabilities comes just in time to meet the nation’s nuclear deterrence needs.

The Pentagon is upgrading the delivery platforms, which consist of intercontinental ballistic missiles, launchers and submarines known as the nuclear triad. Incorporating new weapons into new platforms will require new testing.

Neely said supercomputing power allows the government to validate new systems like the Sentinel — which will replace the Minuteman III missile — without using underground tests.

“Twenty years ago, people would laugh if I said we could introduce a new system into inventory without going through it [live] He said. “They just didn’t believe it.”

Bailey said the lab started the El Capitan Site Infrastructure project earlier this year. Now that the facility has the ability to host a supercomputer, scientists can begin to connect power, cooling, and networking to the system itself.

After the machine is on site, Neely said, researchers will run tests such as multi-physics and multi-domain codes, which account for effects on weapons under different conditions such as heat and cold and scenarios such as detonation and explosion.

He noted that concerns about Russia’s nuclear power have grown with the United States and its allies providing support to the ongoing conflict in Ukraine.

“The term ‘nuclear deterrence’ is making headlines now more than it has in the 30 years I’ve worked in the lab because of the rattling of swords from Putin and people like that,” he said. “So I think people are starting to take notice of it.”